After a long winter and drive via Amstedam, Heidelberg and Salzburg, we arrived in Split to find Nera on sparkling form, ready and waiting on the pontoon for the new season – and what a busy season it’s been, so far…

Early on in the season, as two guests were settling in for lunch, they were overheard saying: “Let’s ask if they’ll adopt us…!” A request that’s been repeated more than once – of course, adoption aged 30 and above might be a world record.

We also take it as a complement when our culinary and hospitality skills result in at least three attempted stowaways, in such a short period of time – is it just the thought of the return to office life and missing Nera’s decks to jump off, into the turquoise blue waters of the Adriatic, that encourages such antics? 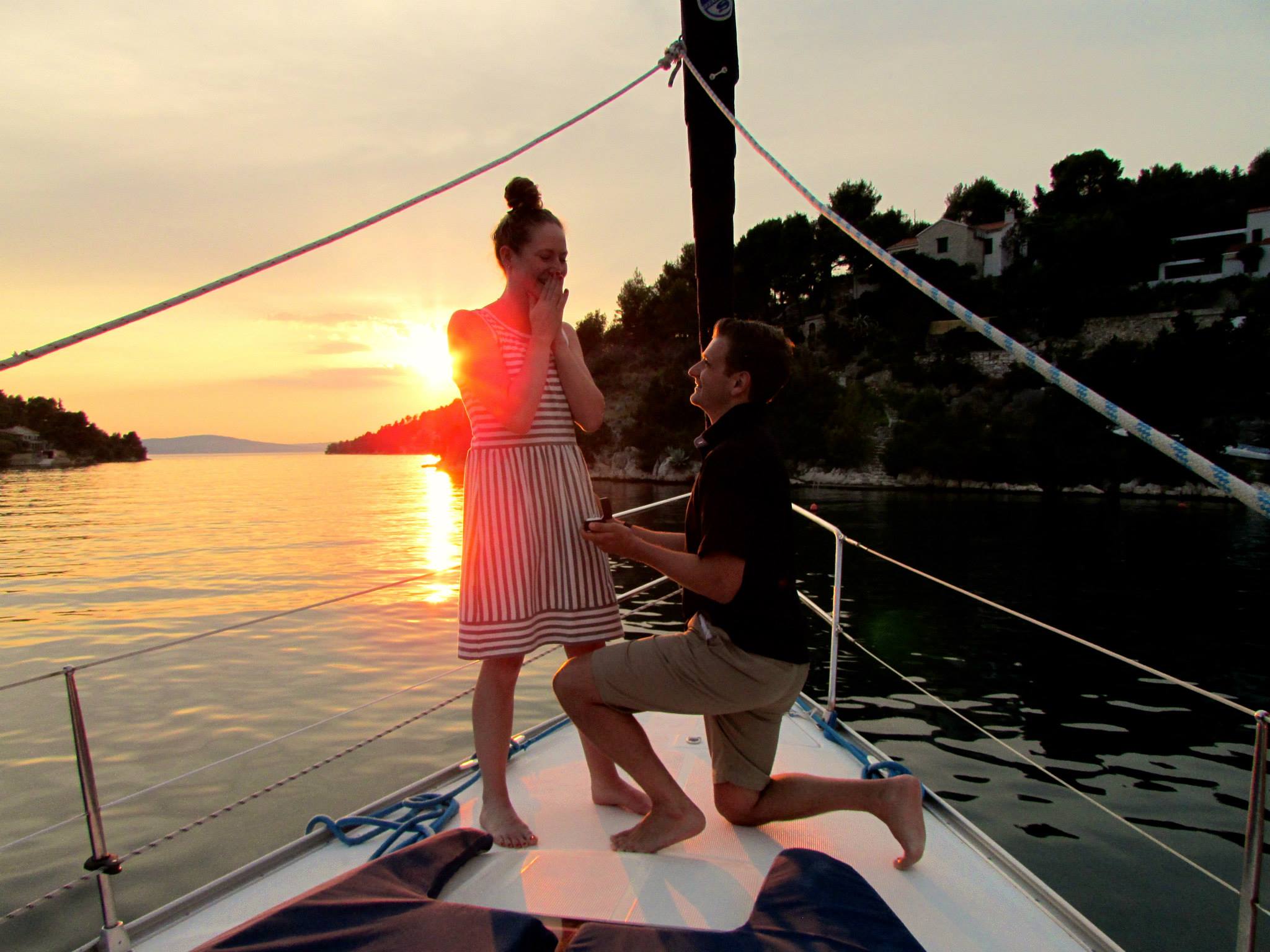 Our first month highlight was “the proposal”, good enough for a Hollywood movie script, this delightful young man from Seattle – after many an email between Edinburgh and Seattle over the winter months – proposed on one knee, to his beautiful girlfriend at sunset, on Nera’s foredeck. The First Mate, charged with taking the photos, almost missed the moment, as she was welling up. We’re delighted to say that Haley said yes, and we wish them all the very best for their new life in London! 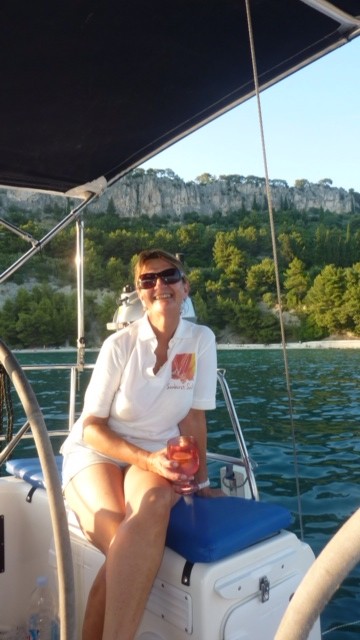 The skipper was happy to break out the malt whisky for an extra special toast that night when we welcomed them back onboard, after dinner ashore, with candles and fairy lights on deck – a special memory for us all.

Then, blow us, within a month, we had another American, Texan this time, drop to one knee on the foredeck and propose to the beautiful Marianne, who of course said Yes!! Again, Lyn almost missed the photo opportunity through her tears! Wonderful to be a part of this most romantic moment in this couple’s life.

So, not only are we considering re-naming Nera, the LoveBoat, we’re also going to offer a free Sunburst Sail to any couple who proposed on Nera!

The season continues with delightful guests who give us rave reviews on trip advisor… Check them out on: Trip Advisor

Any cookies that may not be particularly necessary for the website to function and is used specifically to collect user personal data via analytics, ads, other embedded contents are termed as non-necessary cookies. It is mandatory to procure user consent prior to running these cookies on your website.